“There is no doubt that Marley was dead. This must be distinctly understood, or nothing wonderful can come of the story I am going to relate.” Charles Dickens – A Christmas Carol 1843

The moral message in Dickens’ A Christmas Carol is understood only within the context of Marley’s death. In the same way, Livermore’s winemaking past and its future recovery are understood only through a correct understanding of its true climate. And, this understanding will come only by erasing a misconception about our Valley’s climate that has been in public memory for seventy years. I don’t know where this old canard began, but Livermore actually possesses a cooler climate than many of the Napa winegrowing regions, including Stags Leap, Oakville, and Rutherford. I’ve studied over a century of climate data, including the more recent climate models from the Department of Agriculture. Livermore Valley has one of the most diverse climates of any of the winegrowing regions in the western United States.  And, our source vineyards show this diversity. The indigenous Positas Gravelly Loam soil plays a part in the elegance and very true to varietal wines crafted from this vineyard.  The struggle for survival in this rugged soil naturally limits the number and size of the grape clusters.

Thatcher Bay is planted in one of the fees outcroppings of of clay solid in the Valley, and its elevation above the Valley places it in a warm region 2, cold region 3 climate zone – perfect growing conditions for a Right-Bank styled Merlot.

It’s a unique vineyard where owner Scott Burkhart head-trains his vines to take advantage of his unique southern exposure in the Altamont Hills. The more open canopy promotes even ripening, and reduces pressures from pests and mildew. His sustainable vineyard practices consistently produce balanced fruit with excellent acidity and tannin ripeness. Ghielmetti Vineyard occupies 60 acres of undulating land at the foot of the Altamont Hills, on the eastern border of the Livermore Viticultural Area. Planted in the years 2001 and 2002, Ghielmetti is considered to be one Livermore’s premier vineyards for raising cultivars of Cabernet Sauvignon, Syrah, and Malbec. The soils are composed of shaly loam, and the terrain rises from 500 to almost 1000 feet above sea level. We harvest clone 4 Cabernet Sauvignon, Malbec, and Syrah in selective years.

Planted by 2004 by Harry and Linda Galles, this small vineyard nestled in the Altamont Hills is planted entirely in clone 7 Cabernet Sauvignon obtained from the original Concannon mother vine. On select years, the fruit from this lovingly hand tended vineyard expresses mint-like herbaceous notes, highly prized in our Livermore Cabernet blends. 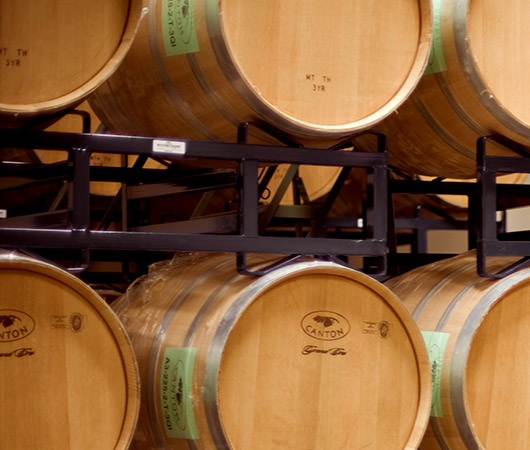